Find Tickets and VIP Packages for an upcoming Halsey concert near you. List of all Halsey tour dates and tickets. Don’t miss out on your chance to watch the beautiful show and hear Halsey’s amazing voice. She is an outstanding artist that has millions of fans around the world and you wouldn’t want to miss the best concert of the year! 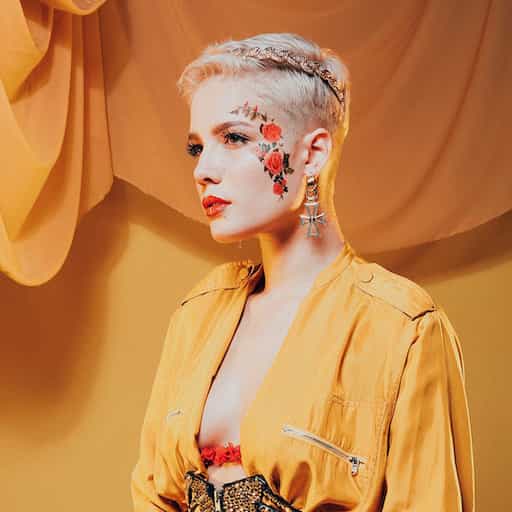 Browse the above listings of Halsey tickets to find a show you would like to attend. Once you find the perfect date and show time, click on the button on the right-hand side of the event to see all available tickets for that show.

Ashley Frangipane better known by her stage name Halsey was born on September 29, 1994, in Edison, New Jersey. Halsey began her singing career in 2012 when she released a parody of “I Knew You Were Trouble,” by Taylor Swift which she called “The Haylor Song (Trouble Parody).”

In early 2014, Halsey went to a party and met a producer who asked her to collaborate on a song with him. This resulted in her writing a song about her ex-boyfriend titled “Ghost”, which was posted on SoundCloud. Within hours, the song gained online popularity, and she was contacted by multiple record labels, the song eventually ended up on the radio. She later signed with Astralwerks, since she felt like they gave her more creative freedom than other record labels that contacted her. Halsey began touring with The Kooks in August 2014 and performed a big number of her original songs. On July 29, 2016, Halsey was featured as a vocalist on The Chainsmokers’ single “Closer,” a song she also co-wrote.

Halsey also won the Rising Star Award by Billboard Women in Music in 2016, which is a significant award for women in the music industry. Now Halsey is a big music artist with a roughly estimated net worth of $5 million dollars, and it all started with just a parody of a Taylor Swift song. 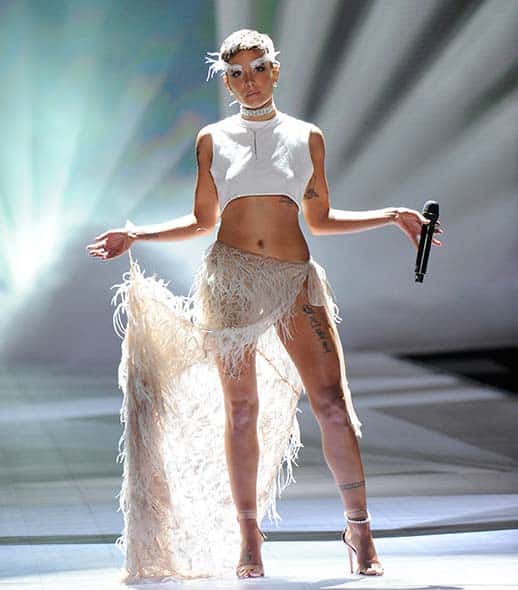 Halsey left her heart on the 2019 Billboard Music Awards stage with her outstanding performance of “Without Me.” In 2018, Halsey and Khalid were featured on Benny Blanco’s debut single “Eastside”, which peaked in the top ten of the Billboard Hot 100. Her second studio album, Hopeless Fountain Kingdom (2017), debuted at number one in the US and was certified Platinum in the U.S. Also, her debut studio album, Badlands (2015), debuted at number two on the US Billboard 200 and was certified Platinum by the RIAA. Her awards and nominations include four iHeartRadio Music Awards, four Billboard Music Awards, one Global Award, one GLAAD Media Award, a Guinness World Record, and a Grammy Award nomination.